Reviewer Colin Speirs (link >>> ) has already requested a sequel to my novella The Ice War (link >>> ):

This alternate history novella is not about the great differences between our world and the world of the book. Instead the reader is given enough to be getting on with and then the story and characters are the focus of attention.

Our protagonist is no superhero spy, he has a cover and a mission, but events take a turn for the worse quickly. His actions are those of a human being doing what they can, and the choices he makes are hard.

The setting, a harsh colonial frontier and supporting cast are believable. The turn of events humanly stupid and ultimately futile. Despite only having a brief introduction to the changed world, you care about the mission and the effects of the new conflict on the balance of power. Basically, important thing, the story sucks you in and pulls you along at speed, before causing your heart to leap to your mouth as you realise what Johnny Bornewald must face.

If he does not produce a sequel sharpish then I shall be most upset.

Well, who am I to ignore such a demand? During the last few days, I have begun planning a stand-alone sequel that deals with some of the consequences of Johnny’s and Linda’s dramatic adventures in icy Alba. It is just a matter of scheduling my spare time properly.

“I just wish the world was twice as big and half of it was still unexplored.” –Sir David Attenborough

French inventor Nicolas-Joseph Cugnot built the first functioning steam wagons around 1770 (link >>> ). In 2010, a group of students at the Arts et Métiers ParisTech engineering university built a replica of one of Cugnot’s designs and put it to work with a reasonable success.

A horseless wagon must have been an impressive device in the late 18th century, but I guess that the poor quality of roads in those days prevented the widespread use of such a heavy vehicle. However, in a tarpunk or early-steampunk alternate history, improved versions of this wagon could possible become useful provided that the inventors developed broad low-pressure wheels for contemporary gravel roads.

I have already reviewed book 1 of The Atomic Sea, Jack Conner’s diesel-fantasy tale of war, horror and conspiracy (link >>> ). It ended with a cliff-hanger at which book 2 picks up the relay pin and moves ahead at full pace. Our hero, Dr Avery, his band of rough sidekicks and a semi-supernatural humanoid dash through a war-torn wilderness to reach a “sacred” device before their enemies catch them.

And that is more or less the plot for two volumes. When I read book 1, I expected interesting sequels. Unfortunately books 2 & 3 do not deliver the goods. Underground caves, strange vehicles, exhausting escapes, grisly human sacrifices, evil purported “gods”, and blood-spattered fight scenes — but also frequent morasses of words. Every once in a while, there is a scene catching my attention, such as the trip by river boat in book 3, but then I run into another verbose fact dump — usually an explanation why the world is such miserable place in so many ways — disguised as a dialogue. And the gory scenes with extra-dimensional horrors involved quickly lose their punch because there are too many of them.

Yes, the world itself is a potentially interesting diesel-era stage for Dr Avery’s adventures, and he is a character worth caring for. However, The Atomic Sea needs some ruthless editing and a more varied plotline. With such measures it would become a better book series — the wherewithal is certainly there.

NASA has outlined how to investigate the hydrocarbon seas of Titan with a robotic submarine. It is an exciting proposal (read it here — link >>> ) but the tentative schedule is not to my liking. If the venture gets realized, I will be in my eighties at Titan touchdown.

Chinese artist HJL paints dieselretro scenes with a distinct east Asian flavour. I would love to have a seaport like this in one of my stories. (Click on pic for larger version.) 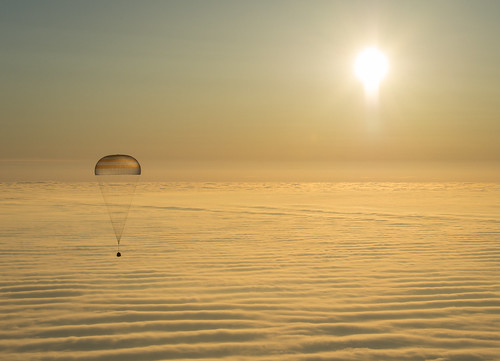 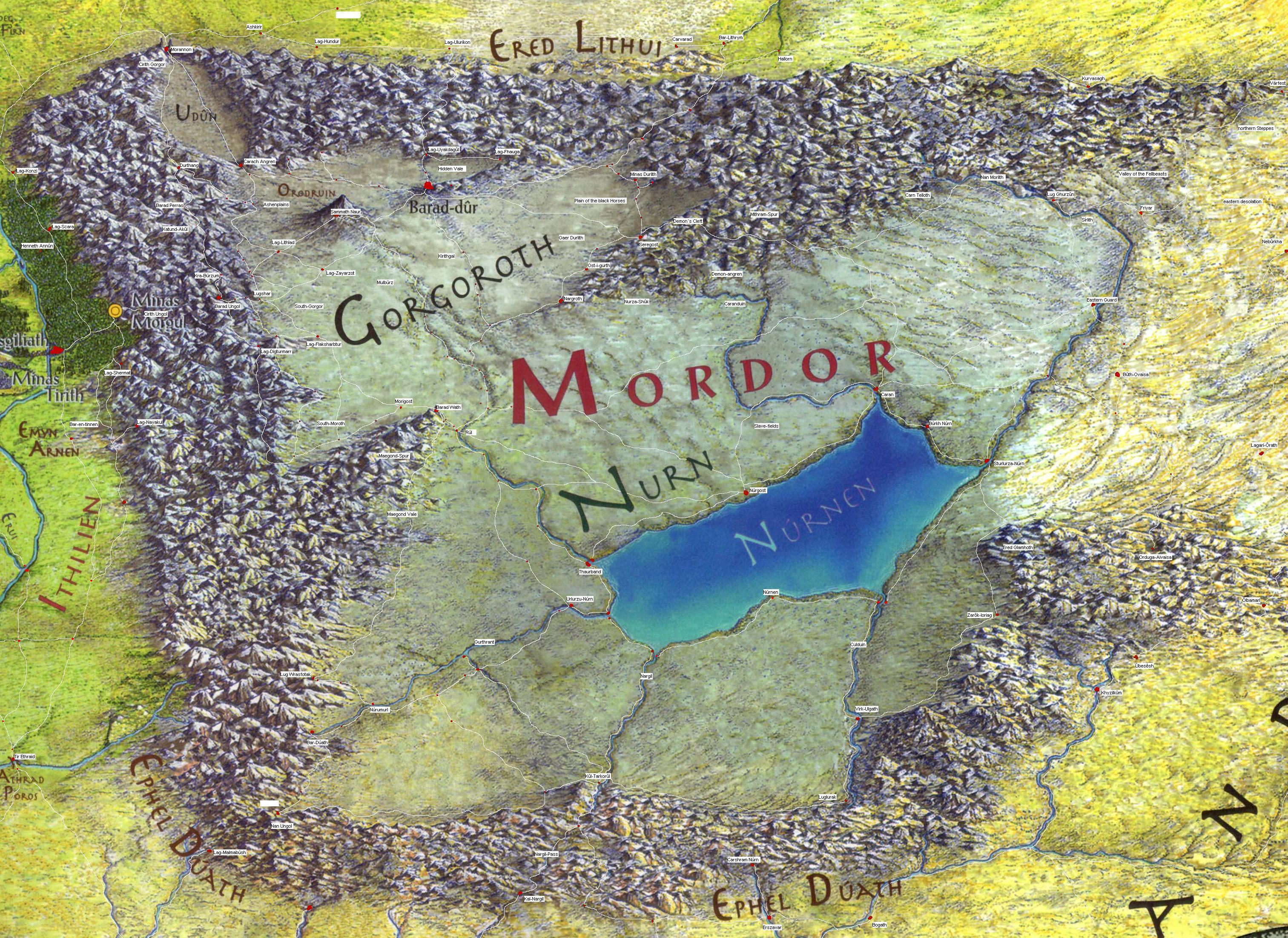 During the 1990s, I was involved in the production of three thick Gondor-related campaign books for Iron Crown’s Middle-earth Roleplaying (MERP) game, something I have blogged about earlier (link >>> ). There were other such projects on my mind, but they never materialized because the RPG industry in the US and Sweden was faltering in those days. Iron Crown perished in 2000 and with it the MERP game.

Today I received an inquiry from an Swedish gamer about one of those unrealized projects — my Mordor campaign book. However, it is not easy to put together what the project was supposed to result in, because twenty years have passed and no notes have survived. I have to rely on my memories of a handful letters (snail mail in those days) and faxes exchanged with the Iron Crown staff.

The basic idea was to portray Mordor during the centuries between the Witch-king’s conquest of Minas Ithil in 2002 (the end of Gondor’s Watch on Mordor) and Sauron’s return to the Dark Land in 2942. That was an era, at least as I saw it, during which Mordor lacked a centralized despotic power. Instead, several servants of the Shadow competed (and occasionally cooperated) to create an industrial and agricultural infrastructure that Sauron would be able utilize for a war against Gondor whenever he chose to regain his throne.

The player characters were supposed to be undead/deathless people working as foremen, spies, and engineers for one or several of the top-level Sauronic servants. The campaign would start with these servants moving into a depopulated and unguarded Mordor around 2020 and it would run for decades or centuries as orcs were enticed/forced to immigrate, fortresses rebuilt, mines excavated, smithies erected and slave plantations around Lake Nurn established. See the campaign as a set of hard-boiled colonization ventures, intermixed with power-play as different servants vied for their Mirkwood-based Overlord’s graces. There would also be diplomatic missions to southern and eastern lands to re-establish the old Sauronic influences and secure the supply of human slaves.

I had written a Shadow adventure in the 1980s (for the Swedish Sinkadus magazine), in which the two player characters were deathless sorcerers in service of Dol Guldur. Khamûl sent them on an espionage mission in Rhovanion after the Great Plague. That had given me a taste for writing more “creepy stuff” for MERP. However, my Mordor project petered out already at the outline stage because of Iron Crown’s economic woes.

You are never too old to set another goal or to dream a new dream.

Well said — I am in my fifties and I am still looking for new goals to reach, new paths to walk, and new skills to learn.