The New Era setting of Tomas Arfert’s and my Swedish Sci-Fi! roleplaying game, published by Saga Games, depicts a gritty 23rd century: humanity, recently liberated after a long period of oppression by the alien Zakharr, has started to explore the ruins of the former masters’ interstellar empire. It collapsed some decades ago due to an extreme plague that was genetically tailored to kill only Zakharr — the origin of that illness is still unknown.

The emblem of the United Mankind (UM; Förenta Mänskligheten/FM in Swedish) is displayed at the top of the illustration below. The New Era’s UM is a federal state that comprises Earth and other celestial bodies in our solar system and that claims to be humanity’s main political representative in the Milky Way.

The Scout Corps serves UM’s eyes and ears among the stars. Among its operatives you find explorers, security experts, spaceship crewmen, spies, technicians and scientists, all trained to face alien dangers in grim places. The people under the emblem are three scouts escorting a UM diplomat in a protective suit. 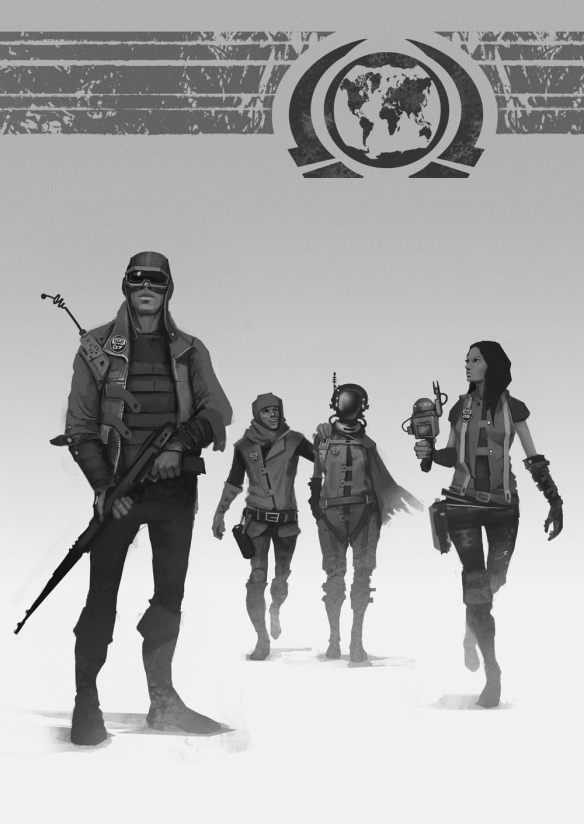 A scout encounters a bandit in an extraterrestrial wilderness.

A UM umbralship (i.e. an interstellar spaceship) orbits an alien world. Her atmospheric shuttlecraft is about to descend to the plantary surface. 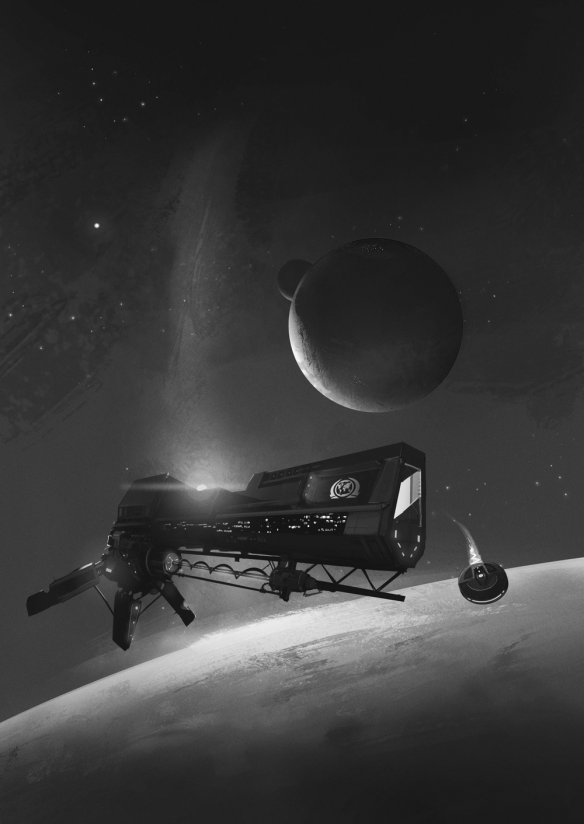 1 thought on “Original Artwork for the Sci-Fi! Game”