An event in the alternate timeline of The Ice War

In May 1939 the Russian military cloudship Dmitri Donskoi foundered with all hands in the icy wilderness of the southern continent Alba*. Complications caused by the ongoing Republican Rebellion and the impending austral winter delayed search and rescue attempts. When spring arrived five months later, an ice-tracker of the Danish Canopus-patruljen gendarmerie discovered the wreck. 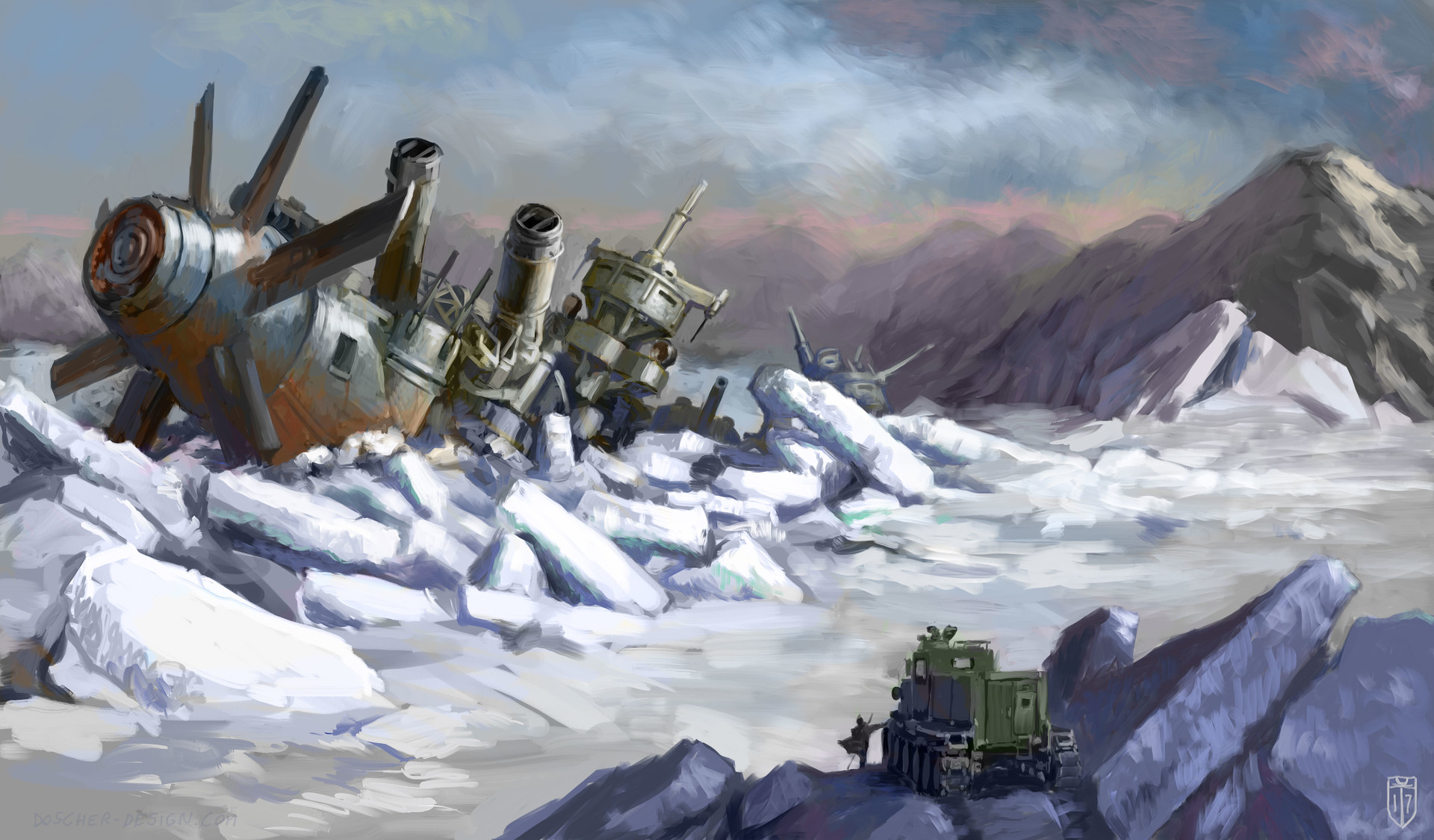 Artist: Mike Doscher. Click on the picture for a larger version.

*Alba: A alternate continent around the south pole, being a larger and more dramatic substitute for Antarctica. It is the location of my dieselpunk spy adventure The Ice War — link >>>