Colonialism is a frequent backdrop to my stories, regardless whether I write dieselpunk or fantasy, stories or role-playing games. Since I have one foot in Europe and one in India, I have had the unusual experience of seeing that phenomenon from both sides. Some of the elders of my Indian clan, all of them sadly departed by now, participated in the liberation struggles in the 1930s and 1940s, whereas others served in the British Indian army and fought the Japanese. All had much to tell me and I cherish those memories. And here in Europe it is hard to avoid the “white man’s burden” narrative of colonialism; it appears in all kinds of popular culture.

So I write about characters from both sides of the fence and let them explain by themselves how they relate to an authoritarian colonial order − make no mistake about it: colonialism is getting a stranger’s fist punched in your face, even though the force of the blow may vary depending on what nation does the colonizing and when.

“The conquest of the earth, which mostly means the taking it away from those who have a different complexion or slightly flatter noses than ourselves, is not a pretty thing when you look into it too much.” − From The Heart of Darkness by Joseph Conrad. 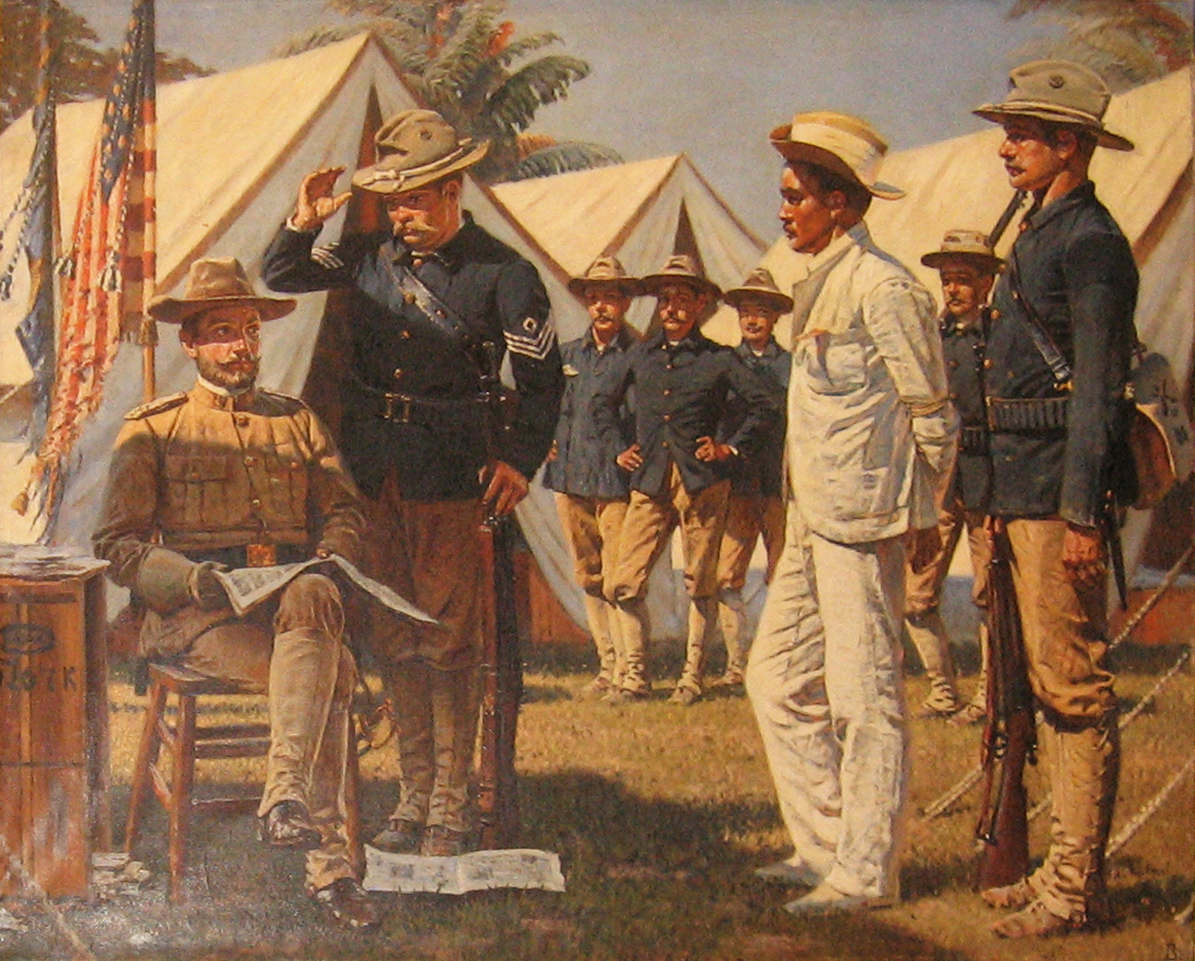 Scene from the US conquest of the Philippines circa 1900. Artist: Vasili Vereshchagin

Colonialism often gets soft-pedalled in steampunk. SM Stirling’s alt-history Indian Raj in Peshawar Lancers is an illustrating example: the author unsuccessfully strives for a Kipling-ish mood in a tall tale (featuring airships, evil cults, etc) in which romanticized British and French adventurers save a colonial regime, and incidentally its native subjects, from Russian machinations, while Indian nationalists appear as terrorists and Afghan tribesmen resemble pseudo-Orcs. Bruce Sterling’s The Difference Engine approaches the same issues in a less rose-tinted manner, for example by an unflattering portrayal of the English protagonists’ harsh attitudes toward First Nation Americans.

So this is the above-mentioned burden of colonized peoples: to be amusing sidekicks, expendable femmes fatales, and devious adversaries to white protagonists, or to be background witnesses to the plot-shaking actions of Americo-European heroes. It reminds me of Arthur Conan Doyle’s use of foreign characters in his fiction, for example devious or temperamental Italians and South Americans, or the predatorial savage in The Sign of Four. Such aliens are strange to behold and difficult to comprehend, thus becoming menacing outsiders to white insiders − them versus us, the psychological curse afflicting colonial settlements everywhere.

However, all is not gloom. In Steve Turnbull’s novellas about Anglo-Indian sleuth Maliha Anderson, Indians are full-fledged protagonists in his steampunk Raj and Ceylon. And I approach colonialism with a critical mindset in my dieselpunk novel The Ice War, in which, for example, Eurasian spy Johnny Bornewald faces widespread racism, and is at times able to exploit that sentiment, because those contemptuous Europeans presume that he is an ignorant yokel. 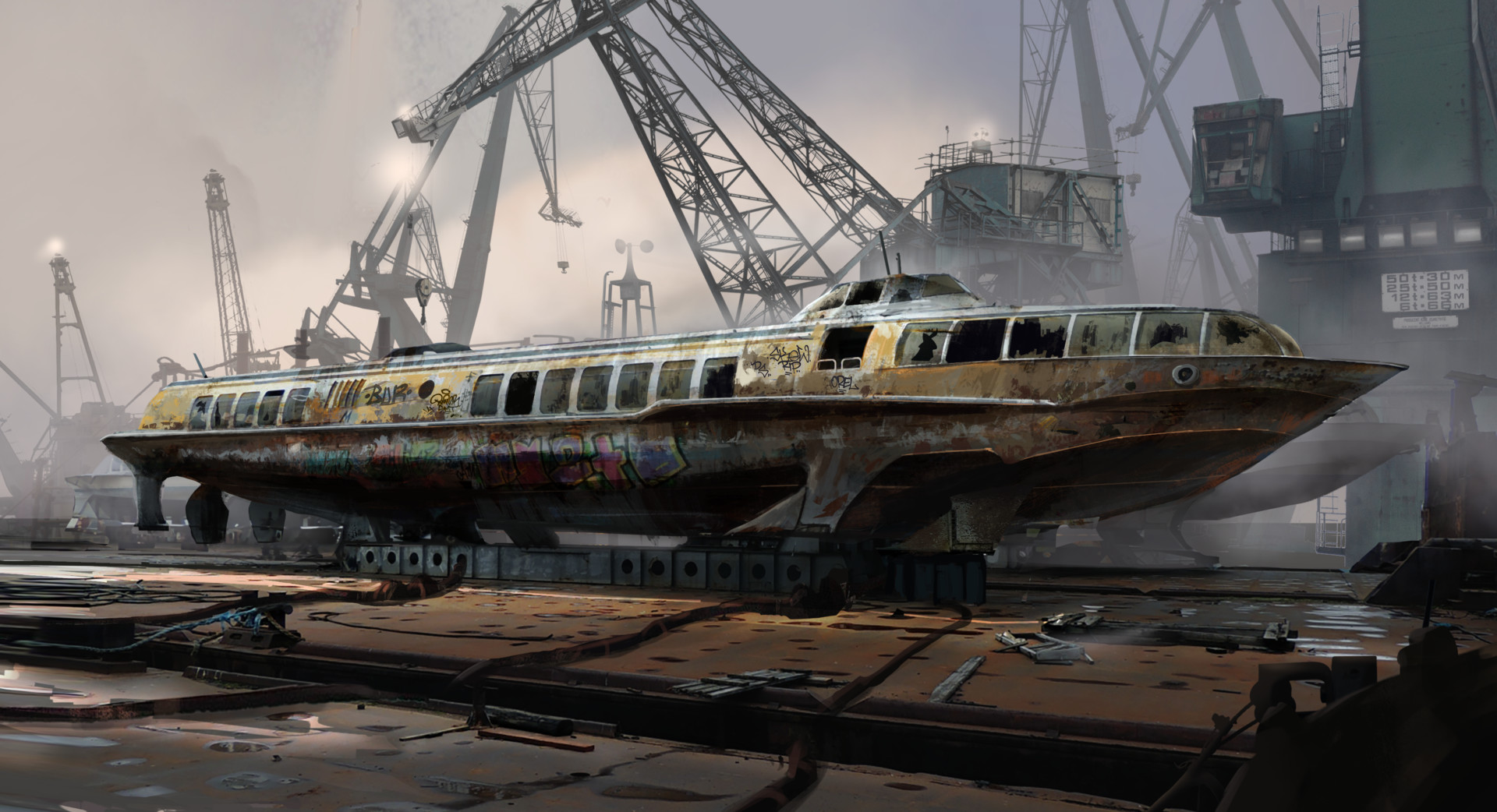 Summary in English: a counter-insurgency airstrike in a Kythera campaign for the Swedish science fiction RPG Sci-Fi!

Summary in English: A hydrofoil used for medium-distance passenger transport on the rivers and lakes of the Kythera campaign world for the Swedish Sci-Fi! RPG.

Summary in English: I have written a retro-SF campaign for the Swedish game magazine Fenix.

This is the kind of space travel I dreamed of when I was a kid in the 1960s. However, such craft have not materialized in our world so I write stories about alternate timelines in which they do. (One example in Swedish — link >>> )

Summary in English: Some notes on a campaign for the Swedish space opera role-playing game Sci-Fi!

Summary in English: Some plans for new material for the Swedish space opera RPG Sci-Fi!