I am a great fan of the Studio Ghibli movies since many years and my particular favorite has always been Nausicaa of the Valley of the Winds: great post-apocalyptic world, good plot and a fantastic protagonist. Here she is in a pseudo-realistic rendition. Click on the picture for a larger version. (And here is the soundtrack — link >>> )

A piece of fanart that shows what The Force Awakens looks like in Studio Ghibli’s dieselretro cosmos. (Click on the picture for a larger version) 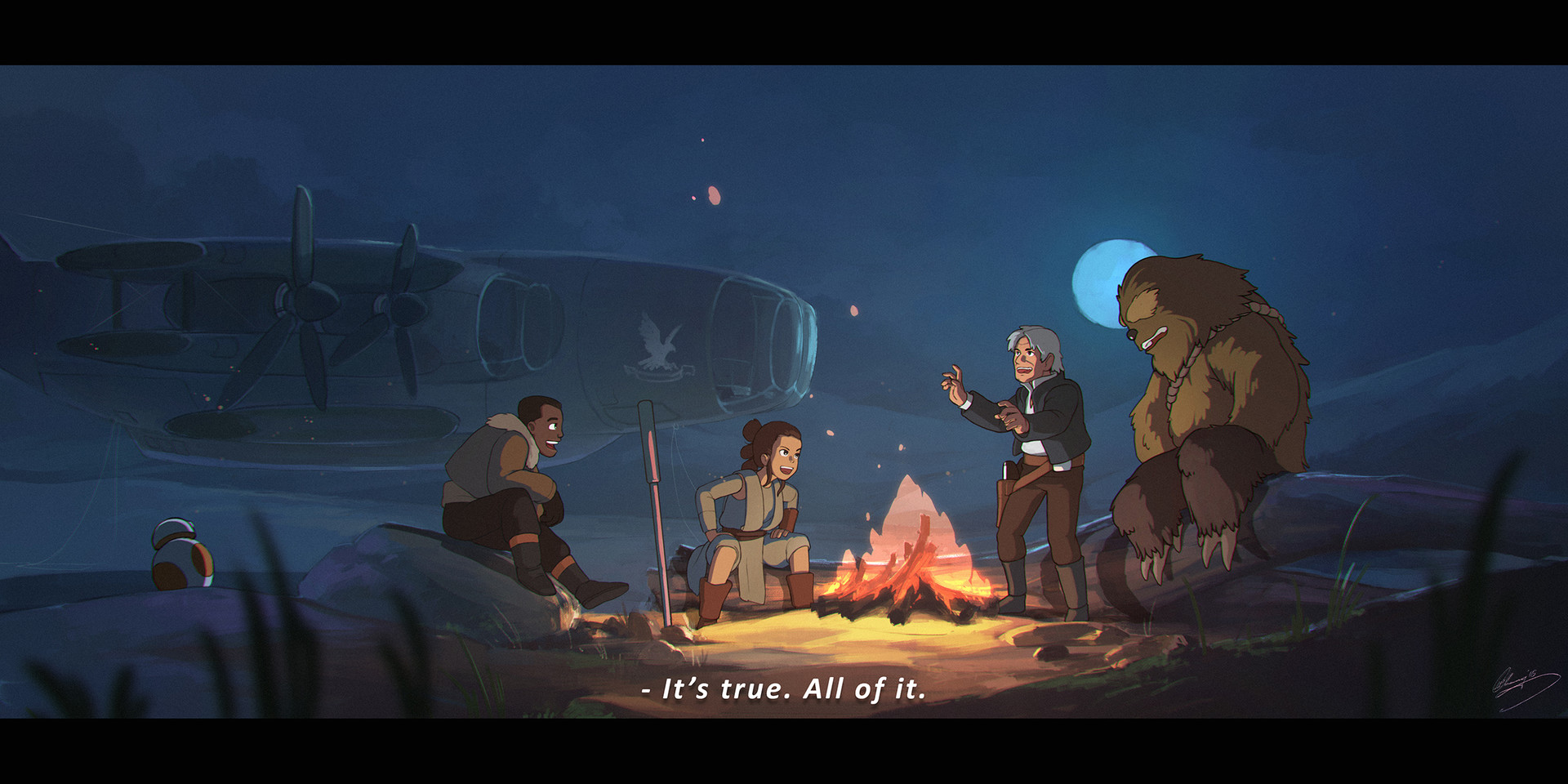 I am a great fan of Hayao Miyazaki‘s movies, such as Kiki’s Delivery Service and Nausicaä of the Valley of the Winds. A fan artist has made some incredible Art Noveau posters inspired by the heroines of those movies. Check them out here — link >>>

I am a great fan of the movie Nausicaa of the Valley of the Winds, created by Hayao Miyazaki. By there are people that are even greater fans. The film clip below shows how a Japanese chap has built a functional version of Nausicaa’s cool mini-aircraft the Möwe.

Porco Rosso’s Italian seaplane from the Studio Ghibli movie with the same name.

Life has been extremely hectic the last three months, both at home and at work. So the blog has been sadly neglected. Nor have I had any opportunity for writing science fiction because there has been no spare time.

However, now it is Christmas season in Sweden and I plan to watch The Hobbit and put my review of it here. Plus possibly also the new Goro Miyazaki movie which premiered in Sweden last week. .

In 2013, I intend to write more reviews on books old and new (and perhaps why old parsimonious stories still may be more enjoyable than new verbose ones).

Anyhow, right now ’tis the season to be jolly. Enjoy the Indian take on Christmas.

My first experience with the Japanese anime tradition was in 1980 or 1981 when Space Firebird, was shown for a few weeks on a second-rate cinema in my hometown of Gothenburg*. For me at that time, animated movies had more or less equaled Disney so this was a gateway into a different aesthetics. I loved it, but I had no idea how to get hold of more. (Those that remember my space-faring fantasy RPG articles in the Sinkadus magazine around 1990, may be amused to know that the liralên space creatures were inspired by the eponymous firebird.)

In the 1990s, the web made its appearance and I started to learn about the vastness of anime. My brother-in-law served as a guide and soon I had found my way to the Studio Ghibli cosmos. Its films later appeared in the shelves of Swedish VHS and DVD stores — somehow the producers realized there was a lucrative market in the west. Nausicaa of the Valley of the Winds and Laputa: Castle in the Sky were breathtaking in their beauty: the cloudscapes, the huge flying craft and the never-never-lands with diesel-retro technology. Eminent science fantasy.

The fairy-tale stories of Hayao Miyazaki are lovely. I would not be able to write one, however. My stories belong to a different tradition. But the visual aesthetics are irresistible. The ice juggernauts and the cloudships of the Iskriget alternate history certainly have their roots in Ghibli’s films. I wrote the following paragraph in the (not yet finished) sequel to Iskriget as if it was a scene in such a movie:

This time, the big hatch opened and I entered a cluttered room as wide as the cloudship. My first impression was vast banks of instruments around broad windows and beyond these: blue sky and clusters of white clouds above the Lowland’s endless checkerboard of farms and fields, blond and green with crops. In the center of the room, captain Singh lounged in a comfortable pilot’s chair surrounded by levers and complex metal devices. Three cloudmen manned similar stations around him. Parkas, knitted caps and gloves protected their bodies from the numbing high-altitude chill.

*A brief explanation for younger people: In the days before the VHS and DVD technology, Swedish cinemas had a broader repertoire than today. In the major cities there were often one or two run-down cinemas that showed a mixed fare of B-movies and old classics, each movie running for a week or two. I have no idea how the managers made their selections, but occasionally an unexpected gem would appear in their programs, like Space Firebird.